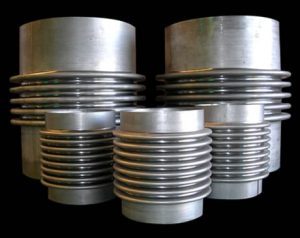 When it comes to equipping a sophisticated machine like a Heat Recovery Steam Generator with damage-mitigating custom expansion joint technology, a sophisticated, experienced manufacturer matters.

Professionals know that Custom Industrial Expansion Joints are critical for the energy efficiency, operational efficiency, and cost efficiency of Heat Recovery Steam Generators (HRSGs) due to their strong ability to mitigate damage caused by extreme temperature changes and other damage incurred over time.

Expansion joints from un-established or inexperienced manufacturers who fail to produce expansion joints specific to the application and tailored for the project can cause significant downtime and loss of efficiency due to damage over time.

An HRSG is not only an intricate machine with sophisticated components, but it is by its nature highly susceptible to damage from temperature-induced expansion and contraction. With sub-optimal expansion joints, over time, the repeated expansion and contraction due to extreme heating and cooling will damage components such as the economizer, evaporator, superheater and water preheater and the structures that connect them.

A Heat Recovery Steam Generator design with sub-optimal Custom Industrial Expansion Joints invites inherent structural rigidity, which exacerbates the damage the temperature-induced expansion and contraction. Without Metal Bellows Expansion Joints or Custom Industrial Expansion Joints from an experienced manufacturer, however, the structure will not have maximum flexibility to expand and contract as the temperature changes and the structure will deteriorate. The same can be said for other structural damage over time such as damage from pressure, movement and vibration.

Flexcom has close to 25 years of experience manufacturing Industrial Expansion Joints and chooses the best configuration and materials for a given application. The expansion joints are custom, and Flexcom engineers work with the customer to ensure the joints meet the customer specifications and the machine as a whole – the specifications that will allow maximum flexibility within the design of the HRSG and therefore the most uptime and efficiency.

Second-rate Custom Industrial Expansion Joints will ultimately result in a loss of energy efficiency that, in turn, will result in a loss of operational and cost efficiency. Even small cracks or separations in a Heat Recovery Steam Generator’s components or ducts will allow heat to escape.

In an operation that aims to leverage heat for steam, the loss of heat is the loss of output. When heat escapes, either the output (and the value that can be derived from it) is diminished or the operator must increase costs to generate more heat to replace what is lost. In the plainest terms: without Industrial Expansion Joints from an experienced, custom manufacturer, either output goes down or input goes up.

The HRSG owner or operator may repair damage, but also at a cost. Moderate-to-severe damage may require not just the hard cost of the repair but also the opportunity cost of downtime during which the Heat Recovery Steam Generator is producing nothing at all. The most severe damage, meanwhile, may become a steep liability for safety reasons.

By reducing damage caused by the extreme heating and cooling inherent in Heat Recovery Steam Generators, Custom Industrial Expansion Joints from an experienced manufacturer improve the energy, operational and cost efficiency in HSRGs. By enabling the maximum structural flexibility for pieces to expand and contract due to temperature, damage is reduced resulting in greater energy efficiency and greater retention of heat.